The series des-signación is part of the project Re-sistencia, considering the sistencia as an ontological category that deals with the beings’ experiences and expression. The prefix Re intensifies these actions and reaffirm the need of the human being to learn how to access the mystery of his being, of his own reality, and in time, to be open to other realities, those of the rest of the living beings and the world.

Des-signación is essentially an exercise of release. Our relation with things, with other beings and with the world is loaded with signs, of designations that others establish, that power prescribes as truths, signifiers that we end up assuming as norms or laws, which  without being totally that, they directly condition as much as laws, but underhanded, masked, concealed, and erect walls in each epoch and delimit cohabitation,  relations and freedom.

It becomes a priority to erase those traces, reconsider the paths marked by power, release some loads that, through history and culture, we have assumed  and which hinder our movement, mostly because we already know that the human being has marked a clear and safe way towards self-destruction, in the sense of changing and modifying drastically the natural conditions that have made possible a type of life and relation with the planet and the universe during so many centuries. Looking exclusively at the future from the tortured present, acting like robots guided by so many signs and signifiers that basically respond to the interests of economic power, is simply to get carried away  by that which the system proposes as a way out and a solution for the serious problems that it has generated. The greatest sign of failure, that we as human beings can admit, is to wait for the new signs created by power to orient our steps towards the future. It would be to go in depth, delve into and burden with everything that has placed us in this situation.

To this end, the first thing to do is to stop, try to de-signify all that determines our step, that has been presented to us as invariable, fixed and permanent. The des-signation is the first step to win, at least, certain areas of real freedom. At des-signying them, all the signs, that is to say the certainties, are questioned, by eliminating the dominant coat of intentionality, slaver, oppressive and controller with which power covers them. The certainties impose an ordinariness that calms us, soothes us, numbs us, holds us back, they tell us what we have to think and how we have to think about it. To de-signate situates us out of this scope, it separates us form the present, from the heavy air that immobilizes, from the comfort zone, from tendency, as Alberto Savino says: “to look for the simplest, to disregard obscurities (…) to make of life an interrupted series of vowels (…).” On the contrary, it brings us closer to an anchoritic position that, as Alberto Ruiz de Samaniego says, the flight of the anchorite to the desert “is less to yearn for a new life than for the death of the past: Evasion from one’s history. To break bonds represents breaking free from the chains that enslave us in the social domains.”

To de-signate requires, in the same way, to position oneself in a virginal space, as an initiatory metaphor, the beginning, natural state, dawn of civilization. Emancipating from the present “aeiouismo” that Savinio talks about. A space that allows us to re-write our own history, now lighter, with a certain nomad spirit. Less subjected to “sacred” entities, to concepts that are worthwhile giving one’s life. Knowing full well that the world cannot be changed, among other things because time is at a premium, because every time since a long time ago it is too late, as George Perec says, because nothing makes us think the contrary, we still have to, from the personal, create a light, mild and weightless space, in continuous transformation, without pivots strongly tied to the floor, without determinisms or idols  to whom we should keep obeisance.

What is left is to retreat, be absent, dissociate, run away from the nets that the system extends and society ends up assuming as if this were the only viable possibility. What remains is to resist in spaces which because of their infinity, immensity and marginality, escape from the scopes of control, nuclei of resistance, says Gianni Vattim, as those medieval monasteries where manuscripts were copied. To wait patiently because life, in addition, and most of all, can be void of an objective. To wait, to calm down because this is in itself a revolutionary attitude and, maybe, the greatest possible act of resistance. To abandon the straight trajectory, the continuous and accelerated advance, to go ahead without knowing where, as if carried away in the air by the social movement impulse by the capitalist system, by the system of industrial and technological world production.

To wait and do nothing, for, as Spinoza says: “Only when I can do nothing I can think it all.” We are in a moment of the history of humanity where we have to think it all and, moreover, we should not forget the great questions that we have been bringing up for three thousand years now, not so much as to find answers but rather to let them become the germs of new questions.

To wait, contemplate, look far away and maybe in this way we ask ourselves, as the narrator asks the character in Un Hombre Que Duerme by George Perec, how is it possible that you haven’t “Known anything about what today is already inexorable,” “in what you call your history, haven’t you ever seen fissures?” In which world have we lived? Have I been able to raise a world of my own or have I simply lived in the one that has been dictated for me?”

To wait. A serene waiting, says Heidegger and, thus perceive, as Herman Hess “certain humour from the air and the clouds, certain nuances in the colours or certain changes in the fragrance and moisture” and, from the same space, a space without places, the desertic and neutral space which Lefebvre talks about when he deals with Barthe’s Degree Zero, watching  the hours and the days passing by and threshing what was lost from them until now, abandoned by the nervous looks, precipitated, disquiet, without the capacity of perception. To wait for the shadows to arrive, for the brightness to sleep, and the soft and enveloping tones become connected with each other to construct all the landscape, with no cuts, without leaps, as a permanent continuum and an unhurried transformation.

To wait, and maybe, luckily, melancholy can reach us, a sign that thinking has been activated. To wait and let go because “if you want to hear the whispering,” says Hermann Hess, you have to suffer the howling too, “you are a bird in the middle of a storm, let it roar! Let go!”

To kill the past is to deconstruct it in such a way that we could, in that effort, become aware of everything that has been imposed on us for some centuries now, signifiers that also determine our individualization. In this path, the main objective is, as Michel Foucault says “to reject what we are,” create new subjectivities. If human being is not reality but rather possibility, following Heidegger, only one’s personal construction can give access to one’s freedom. To leave, what is in essence, one’s nature in the hands of power is to stop being. 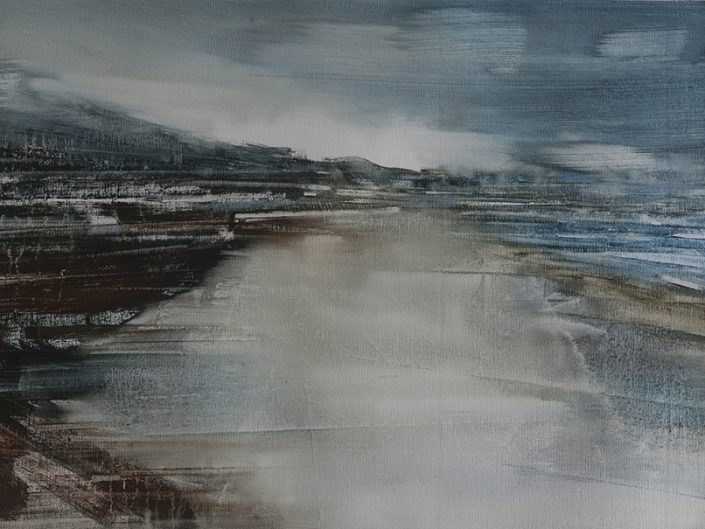 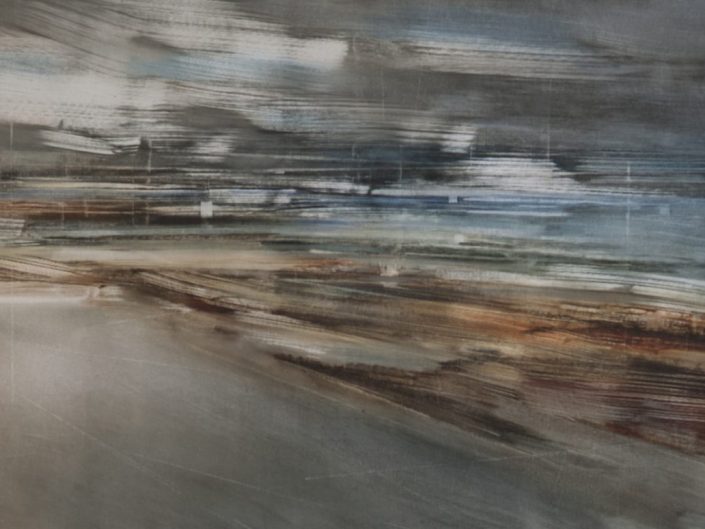 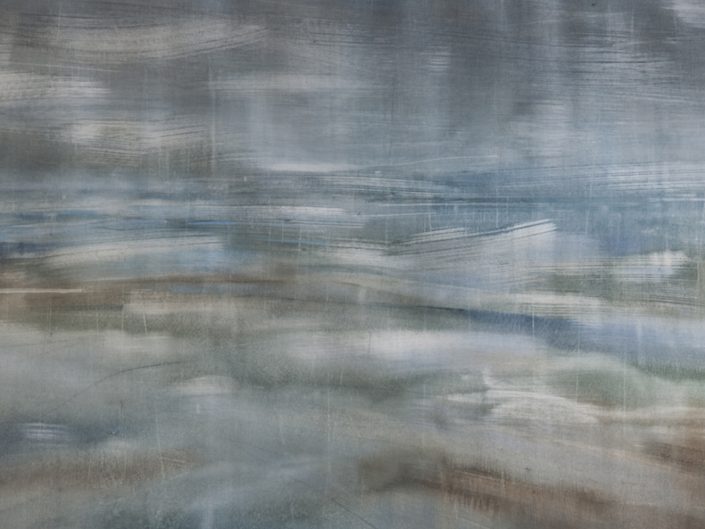 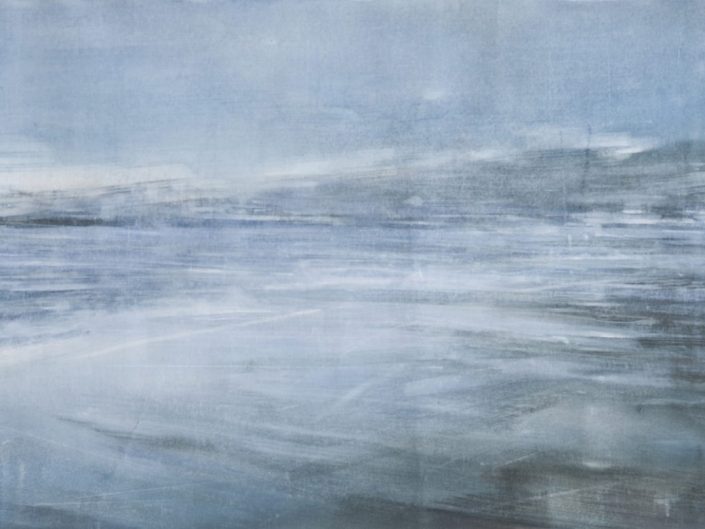 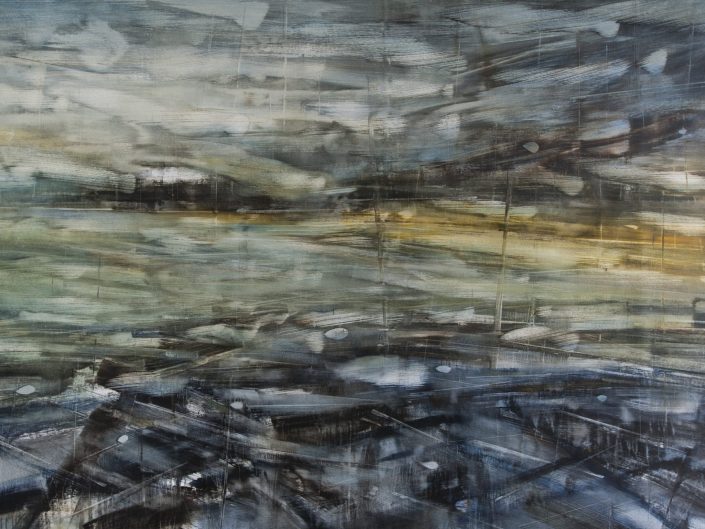 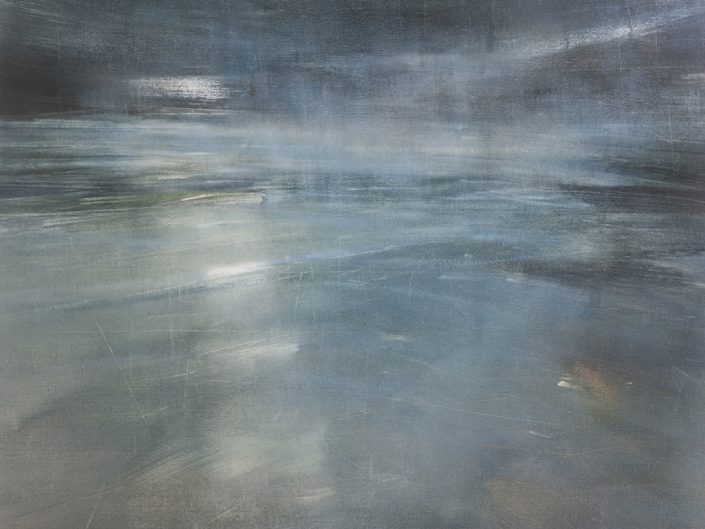 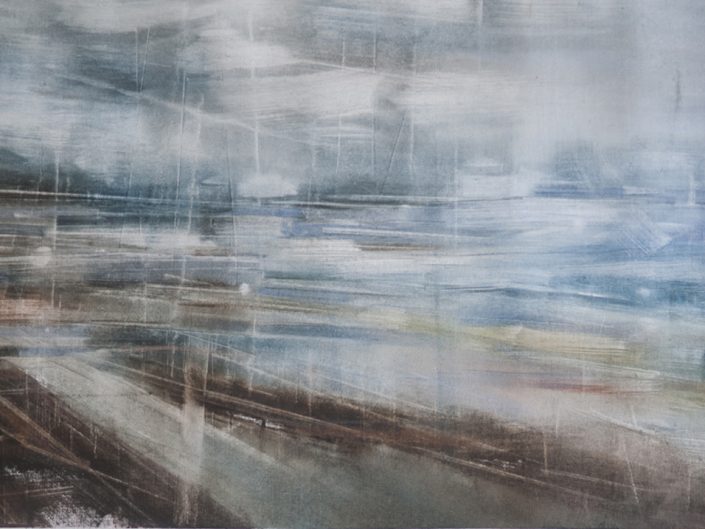 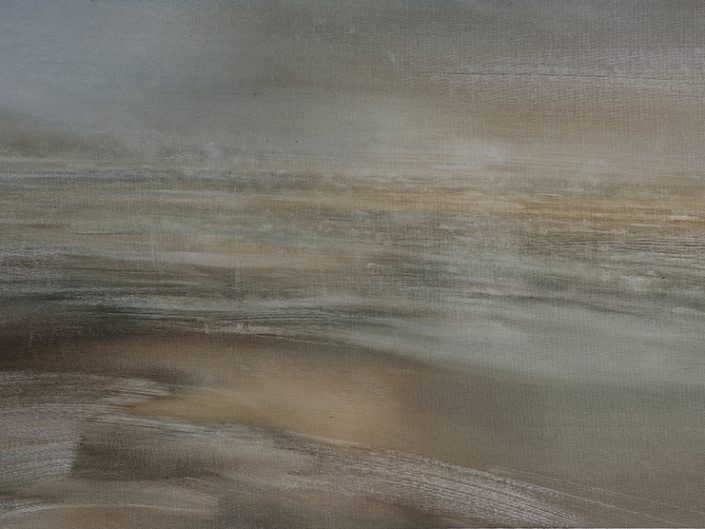 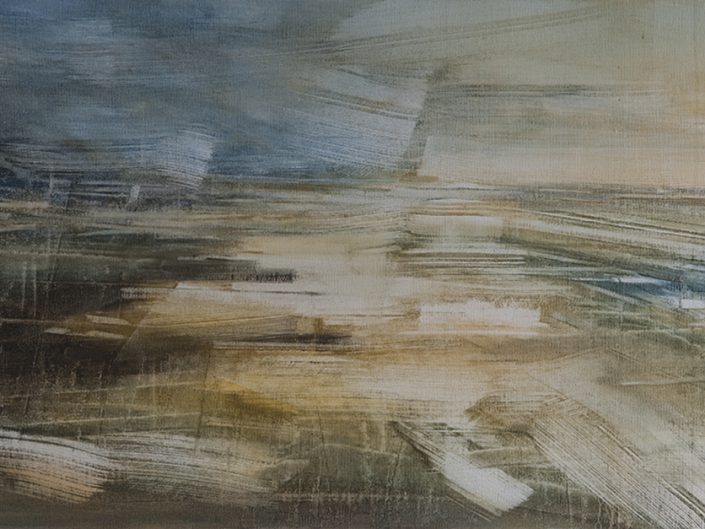